WHEN DOCTORS FAIL TO FIND THE RIGHT WORDS

It’s the moment that many patients and their families dread: a doctor gives the sort of diagnosis that turns life upside down. Decisive for how well people cope with bad news like this is the manner in which the doctor delivers it. If doctors lack empathy, understanding and the right words, the results can be devastating. Some patients even decide against further treatment. Studies show that nearly 40 per cent of all patients in Germany feel themselves abandoned by doctors to deal with their worries and fears alone.

For over a year, we’ve investigated the German health system to find out what goes wrong in one of the most important exchanges between patients and doctors – and what can be done to improve things. We talked with those involved: patients, doctors, medical students, ethicists and pastoral care workers. And the fact is that the pace of work in hospitals leaves too little time for satisfactory doctor-patient conversations. And then there’s the remuneration system, which rewards diagnosis and treatment far better than what’s often dismissed as “talk medicine”. But, above all, most doctors have never learnt how to deliver bad news. 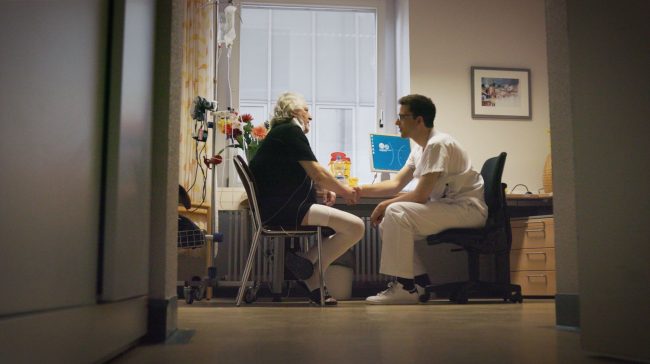