150th ANNIVERSARY OF THE COLOGNE ZOO

In July 2010, the Cologne Zoo will celebrate it’s 150th anniversary. It’s regarded as one of the most progressive zoological gardens in Germany. Whether your referring to the tending of the animals, educational issues, research or nature conservation, the Cologne Zoo is both highly respected, and in many issues, an international pioneer. The historical evolutionary development of the zoo over the years illustrates the transition from menagerie to internationally recognised nature protection resource. The elphant-park for example is absolutely unique in Europe. The jungle and the tropical house impresses both average visitors and zoologists alike; and the Hippodom is breath-taking and internationally state-of-the-art.

This elaborate documentary portraits the team surrounding the Zoo director, Theo Pagel, during their daily chores and care in Cologne as well as a conservational project in Swasiland, which is closely linked to the Hippodom.

This film depicts the transformation of the Colgne Zoo and highlights it’s role and function in the 21st century. What’s is the role of a zoo in the future? Why are zoos so essential in modern times? Which challenges face zoo director Theo Pagel and his team? How do the Hippos on the Rhine River lend a helping hand to their relatives in Africa? These are only a few questions this entertaining and informative documentary zooms in on. 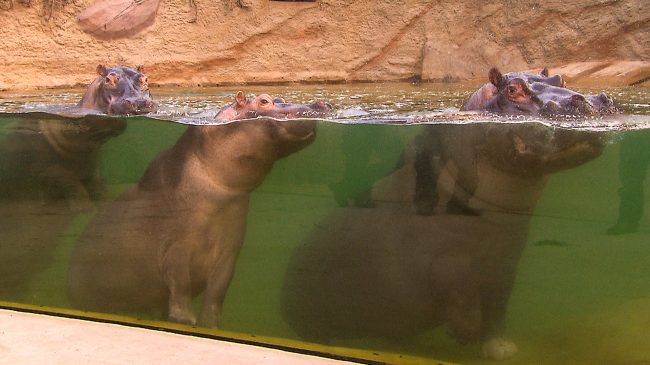