In Pursuit of Bruno’s Brothers

Bears – we’re all fascinated by them. In the Early Middle Ages bears could still be found almost everywhere in Germany but they’d been extinct here for almost 200 years. Until the day in 2006 when one wandered over the border into Bavaria: Bruno. His outings created quite a stir. First he was feted, then feared. Bruno was seen as a problem bear, snatching sheep and venturing close to human beings. Many people wanted him to be given a chance to live among us; others wanted him dead. And the story of the return of the brown bear did indeed end in a fatal shooting. The story so far, at least – because Bruno could be followed by other bears. And what would we do with them? The celebrated actor and dedicated conservationist Hannes Jaenicke is tracing the reasons for Bruno’s behaviour. He wants to discover what it would take for Bruno’s brothers to be able to feel at home among us one day. 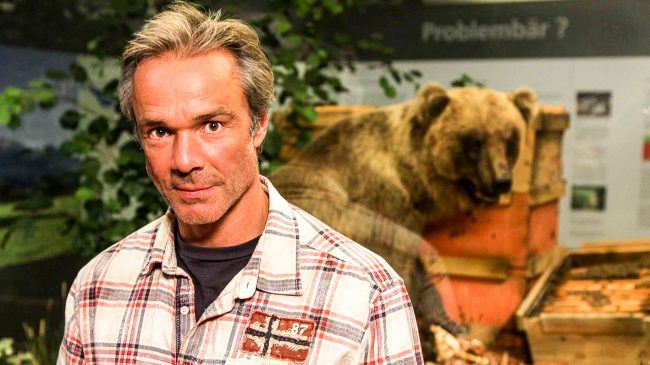