In the Tracks of the Leopards

It’s a refuge for animal and plant species and the biggest moorland in North Rhine-Westphalia – but hardly anyone knows about it: the Senne. Situated between Bielefeld, Detmold and Paderborn, the Senne is home to rare insects and birds, endangered amphibians and lizards, and large herds of fallow deer. The reason this natural paradise remains largely unknown lies in its particular history: for 130 years large parts of the Senne have served as a military training ground. British troops use it for target practice and Leopard tanks of the German armed forces plough up the terrain.

Far from being a detriment to nature, the military use of the Senne is an advantage. The training ground is cordoned off, so for most of the time the wildlife here is completely undisturbed by walkers or dogs. Here badgers, normally timid creatures, leave their underground burrows in broad daylight. Puddles form in the deep tracks left by Leopard 2 tanks – providing a habitat for endangered natterjack toads. The heavy-duty tracked vehicles keep sandy areas open, where very special insects pursue their prey. The film takes us into a fascinating world that’s normally closed to civilians. It shows how military exercise grounds can be a vital refuge in our intensively used countryside – a natural paradise in the tracks of the Leopards. 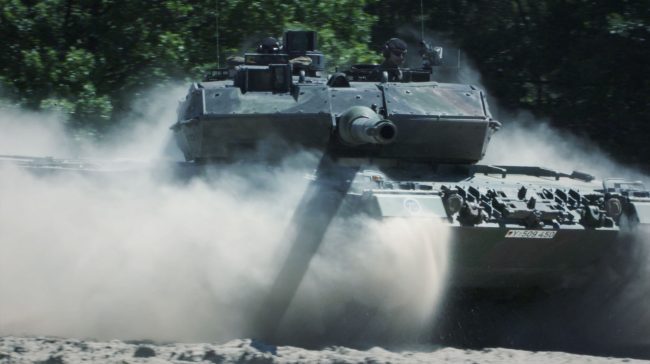